I have not written a lot lately…   mostly because I am really unhappy that we now have a drone layer hive. Yup, the boys and a few girls appear to be on their own doing the best that they can in what was once a vibrant and ordered industrial zone.  Prior to the queen’s demise, we had a great amount of difficulty with ants attacking the hive. We noticed many a brave bee, lying lifeless at the entrance most likely from a futile attempt to protect the hive from the onslaught of honey hungry ants.  The ant traps that we confidently placed in and around the hive seem to have been nothing more than a ladder for quicker passage to the honey.  We also made the mistake of leaving an empty super overtop the once dynamic and nicely expanding bottom super.  Our beginner’s lapse of thoughtfulness would have aided to the downfall of the queen.  Oh, how I am kicking myself for inadvertently lowering the temperature inside the hive and making conditions less than optimum for the once thriving queen and brood. 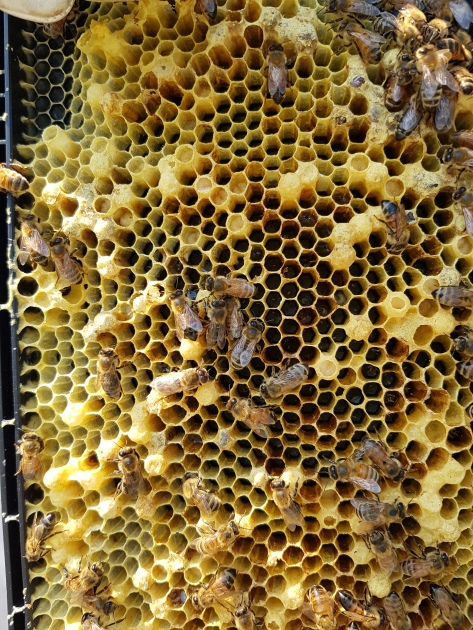 Frame from the Drone Layer Hive

A few days later at bee mentoring class, I ashamedly pulled out my phone to show the damning photos to the Bee Whisperer.  As per normal, Craig saw an opportunity rather than a crisis for his fledgling students.  Later that evening, he proceeded to show us how to create our own queen by adding a frame of brood, including egg of the day, to the drone hive.  This last weekend at The Ranch, Worth and I pinched a frame from our AWOL hive and transplanted it to the drone layer hive.  We took the empty super off to increase the temperature for our new babies and fingers crossed, soon to be, new queen.

We learned in bee class that a queen will emerge on day 16 and a worker on day 21 from the same type of fertilized egg.  The distinction between worker and queen arises from the type and quantity of food that is fed to them by the nurse bees.  During the first three to four days of life, both types of larvae receive a protein-rich substance secreted by the nurse bees.  Later, the worker’s food gets diluted with regurgitated honey and pollen while the impending queen continues to receive the distilled secretion that is known as “royal jelly.”  The queen continues to receive a super abundance of food while the worker is fed regularly and in smaller portions.  A drone takes 24 days to emerge. 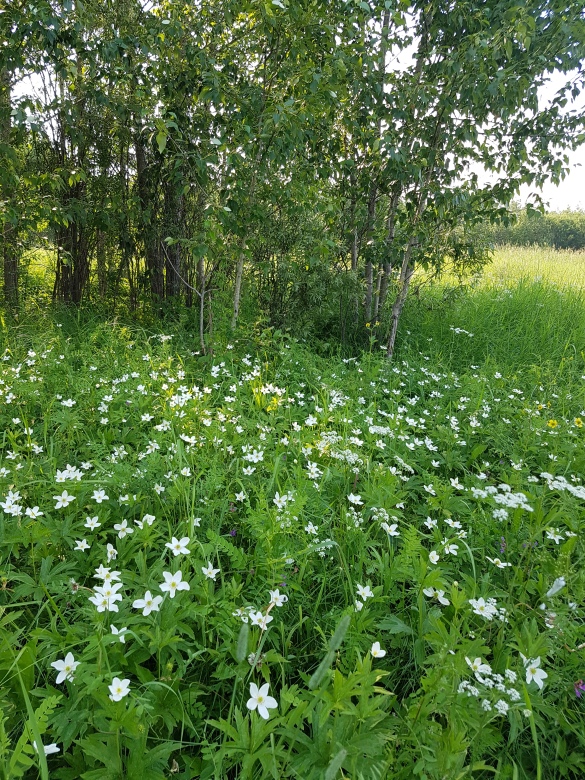 Wild Flowers at The Ranch 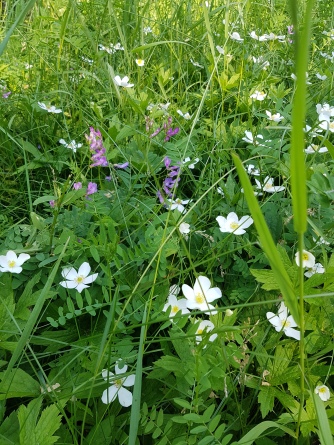 Wild Strawberries for Us! 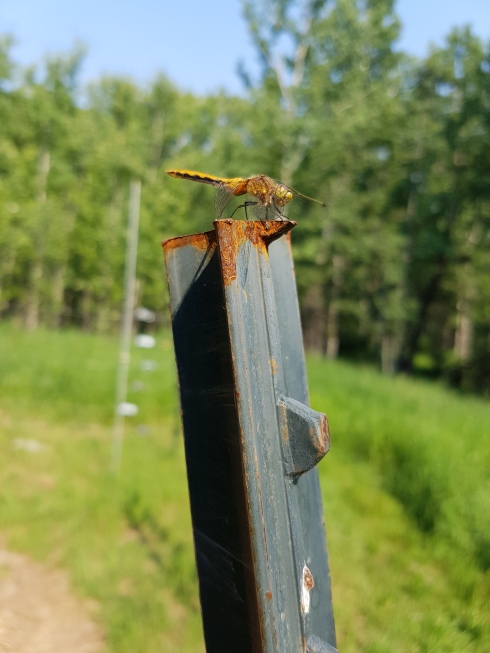 A Friend Blending In