He was surprisingly gentle and certainly unexpected, especially… after so long.

He was patient until just the right moment and then, deliberate and methodical… as he took what he had craved. 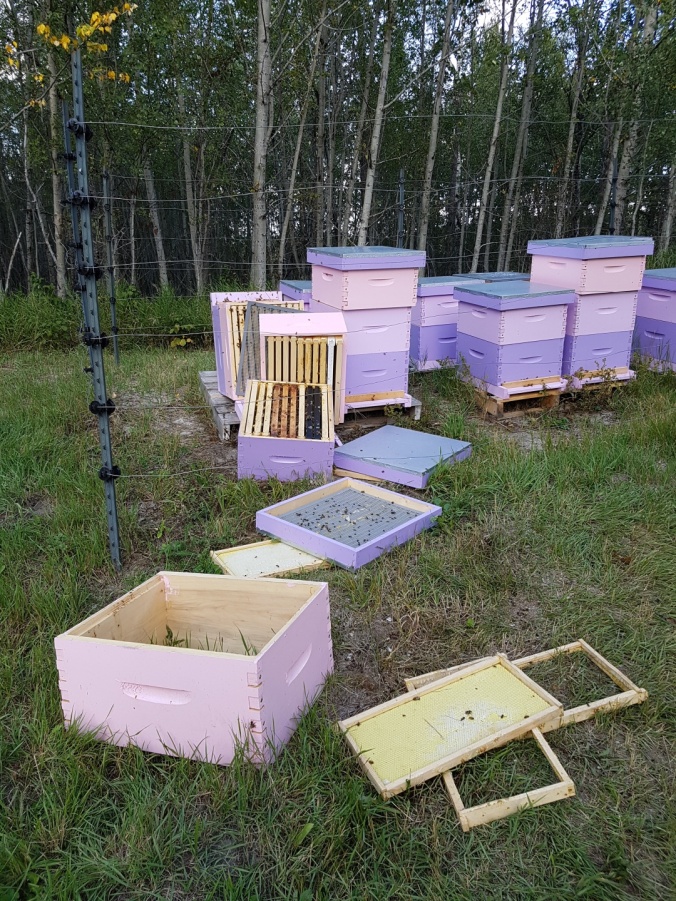 I have heard that life is a game and we must all play our part. That night, he played his part well, expressing his true essence… unreserved power and strength but with a silence that I could never predict.

If it happened, I had anticipated a thunderous violence; unrelenting and unforgiving. But nature is unpredictable especially when humans become part of the mix. After that night… and in the days that followed, I developed a renewed perspective as I reflected on our interaction in the bee yard game board. He behaved as a bear should, and I learned that a bear could behave in many different ways. 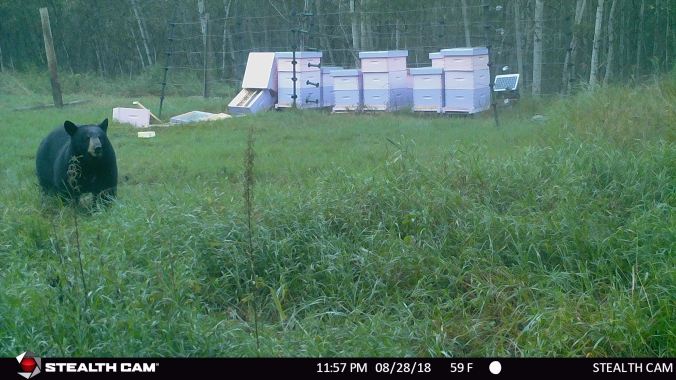 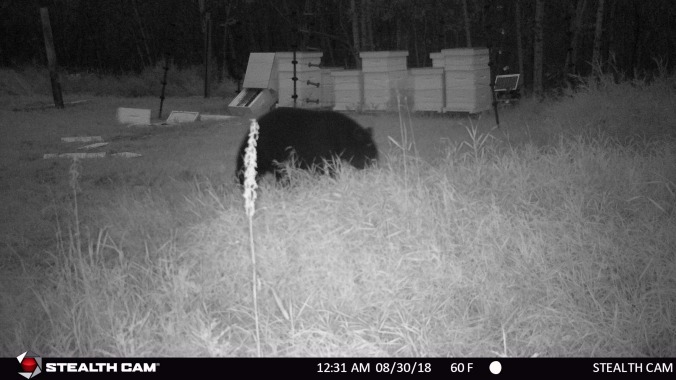 Not straying far away…

Adrastus seems to visit every day with hopes of more honey.

Expansion is now underway to increase the perimeter of the electric fence.  This however, is difficult given that the ground seems impervious to even a gas powered post hole digger.  I guess it does not help when lost treasures at great depths appear while digging. 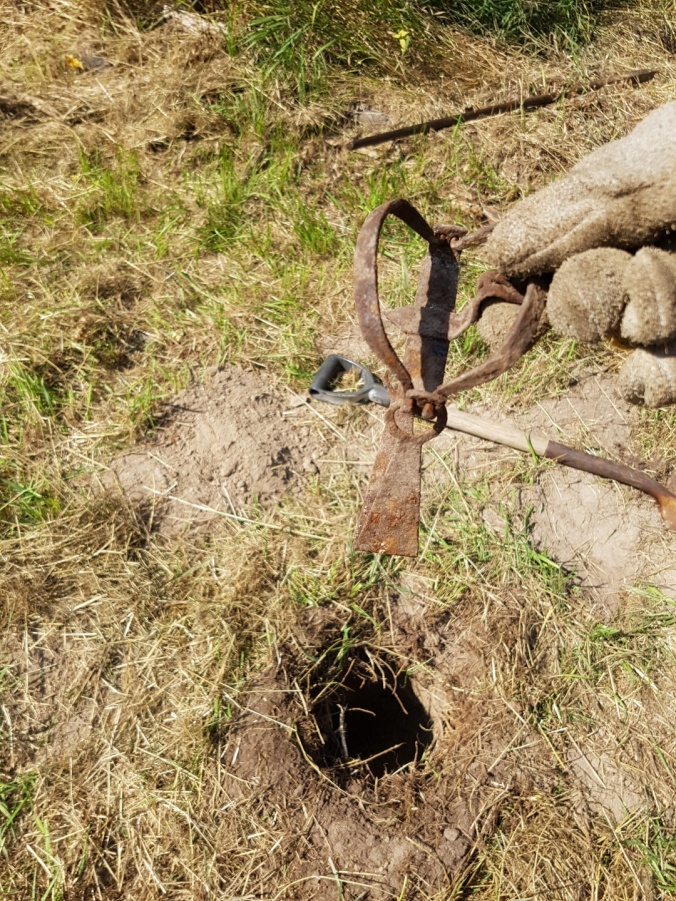